7 Reasons You Should Study in Granada, Spain 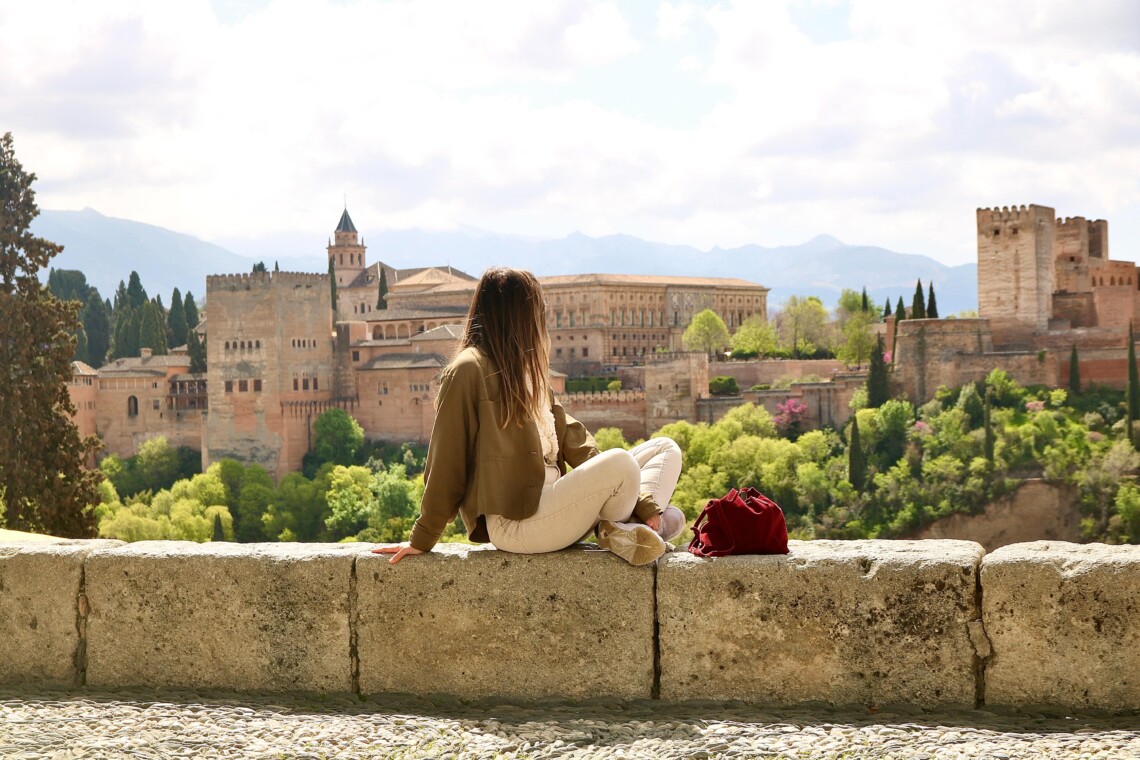 Granada is one of the most spectacular cities in southern Spain. It is a popular city for hikers, museum enthusiasts, history buffs, and architecture lovers, in addition to international students, who are flocking to one of Spain’s most affordable student cities.

Situated in Andalucia in the South of Spain at the foot of the Sierra Nevada mountains, Granada is a beautiful city featuring a mix of architectural styles, breathtaking scenery, and fascinating history. Although the city is relatively small, it has plenty to offer in terms of sightseeing, culture, and warm weather and attracts thousands of students from around the world.
International students in Granada are never bored since there is always something interesting to see and do, from local celebrations to museums and cultural events – which makes the city a great choice for an Erasmus exchange semester. If you’re still not convinced, we’ve rounded up our top seven reasons why Granada should be your next study destination;

Finding your way around a new city can be confusing, especially when everything is in a foreign language, but luckily, Granada is an incredibly easy city to navigate. There are lots of options when it comes to public transportation in Granada. Walking is one of the easiest and most adaptable ways to get around the city. Granada is a safe city and is easy to navigate on foot, however, due to its location near the Sierra Nevada mountains, certain parts of Granada can be extremely hilly, and comfortable footwear is recommended.

For those looking to catch the local bus, Granada’s bus system is cheap and efficient and serves most parts of the city. One thing to consider before jumping onboard thought is to be familiar with the two different kinds of buses. The first kind is red and allows you to purchase a ticket directly from the driver. The second kind is blue and a larger to fit more passengers and tickets must be purchased at one of the kiosks found at the city bus stops.

Granada also benefits from its easy access by bus or train to other cities in the region, such as Córdoba (link), Malaga, and Seville (link). Cordoba is a great city to visit during the month of May when the city is celebrating spring with orange trees blossoming and courtyards competing over the most beautifully decorated flower arrangements. Malaga is a cosmopolitan city and with its international airport, it provides direct access to the rest of the world.
For sun-seekers, Costa del Sol is only a short bus ride away for a day trip or a weekend away at any of the many beach towns scattered around the coast.
For those looking for a unique experience, Alpujarras, which is made up of small, charming towns in the hills, is a picturesque destination.

International students have plenty of opportunities to grow and advance and can choose from a variety of Erasmus study programs Granada. The University of Granada provides programs in Arts and Humanities, Social Sciences and Law, Sciences and Health Sciences, as well as Technology, Engineering, and Architecture. The university also offers study + internship programs that international students can choose from at a convenient cost. The university hosts students from all over Spain and the world and organises plenty of social and cultural activities to foster interaction between international and Spanish students.
Prospective students can find over 70 undergraduate degree programs, including 12 double degrees and 12 international dual degrees in Granada. For those interested in postgraduate studies, the University of Granada offers more than 100 master’s degrees, including 5 bilingual programs and 3 programs entirely in English. You can find approximately 28 Ph.D. programs at this university, as well as numerous language courses, summer schools, and online courses.

Granada has a long and interesting history which can be explored by visiting the city’s many historic sites.
The most visited and famous site is the world-famous La Alhambra (or The Alhambra). It’s a palace and fortress and one of the most famous monuments of Islamic architecture and one of the best-preserved palaces of the historic Islamic world. Located in the mountains, looking down onto Granada from one side of the valley to the other its location is stunning. It takes around twenty minutes to walk up the large hill and there is also a two euro bus that will take you up if you are feeling lazy. This is a perfect day excursion and the amazing view of all Granada will be well worth the hike up the hill.

Another place worth visiting is Banuelos, a historic ruin that used to be a Moorish bathhouse back in ancient times. Dating back to at least 11th century it is situated near the base of La Alhambra.

Granada Cathedral is a majestic building built in the 16th century when Queen Isabella ruled Spain. The architecture is Spanish Renaissance style and the interior design is stunning.

4. The Sierra Nevada Mountains For Skiing, Trekking, Or Horse Riding

International students in Granada are spoiled for choices when it comes to adventurous outdoor activities with the Sierra Nevada, the tallest mountain range in Europe, at their doorstep. The mountains don’t just provide a beautiful backdrop to the city but excellent opportunities for camping, hiking, horseback riding and ock climbing.

For those enjoying hiking, there are many kinds of trails or levels to choose from depending on your level.

The Sierra Nevada also has Europe’s most southerly ski resort consisting of 124 ski runs. The resort season is typically 5 months from late November to early May. Sierra Nevada regularly holds international competitions like the Freestyle Ski and Snowboarding World Championships that took place in 2017.

5. Affordability Compared To Other Spanish Cities

Granada is a budget-friendly destination and more affordable compared to other Spanish cities such as Madrid and Barcelona. In fact, it’s listed as one of the cheapest cities to study in Spain for international students. 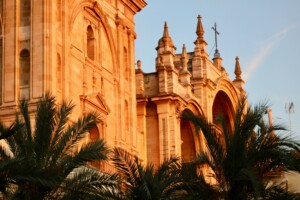 Bar hopping has never been so fun, affordable, and tasty as in Granada. Do like the locals do and sample a tapa at one bar at a time. Let us explain, there is a long-standing tradition of free tapas in Granada – Yes, it’s true! And almost all bars in the city honor it. When you order a drink, one of two things happens next. You will be served a tapa of their establishments choosing from the available selection, or some bars will let you select one from a chalkboard or menu. 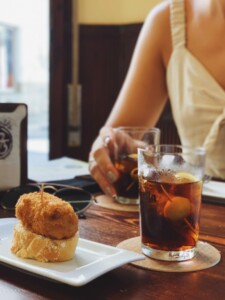 Some traditional dishes worth trying are Habas con Jamón which is ham and beans, Plato Alpujarreñ is a typical food from the mountain villages and contains potatoes, fried eggs, cured ham, blood sausage (morcilla), sweet peppers and chorizo.

Many international students opt for shared accommodation, which means they rent room Granada and share an apartment with other students. This means the cost of rent becomes more affordable. There are many room Granada to chose from for every budget. For students who prefer to live together, student residence Granada is a great option. There’s also an option to find Granada university accommodation.
The historical city and student town have six main districts: The Realejo, The Cartuja, Bib-Rambla, Sacromonte, Albaicin and Zaidin.Granada which has several neighbourhoods all offering something unique.

Albaicín is perhaps one of the most famous neighbourhoods in Granada. The streets are narrow and were built like this in order to stop or at least slow down massive armies from entering the neighbourhood, which made homes there more protected. Sacromonte is located next to Albacín and is known as the gypsy neighbourhood and for its for cave-dwelling. Realejo is another old neighbourhood in Granada, this one is known as the old Jewish quarters of the city. The Realejo is also located below the Alhambra and so you can reach this palace by walking up through the gardens.

Zaidin is perfectly situated next to El Corte Ingles (the largest department store in Spain). The apartments here are largely purpose-built blocks that offer comfortable, modern living. Some apartment blocks also feature shared facilities such as pools and gyms which are almost impossible to come by in the other areas of Granada.
Regardless of which neighbourhood you would like to live in, at studentroomrentals.com we can help with student accommodation Granada. We have a large selection of student rooms, shared apartments, and private studios. Browse through our Granada Erasmus accommodation options and learn more about how easy, hassle-free and safe it is to book with us.
Or contact our friendly customer support team and let them help you to start the process of finding your perfect student accommodation today.

Ultimate Guide study in the UK for Indian students 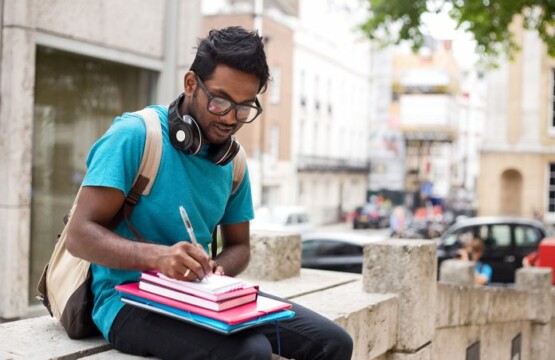 Considering an internship abroad in 2022, this is what you need to know 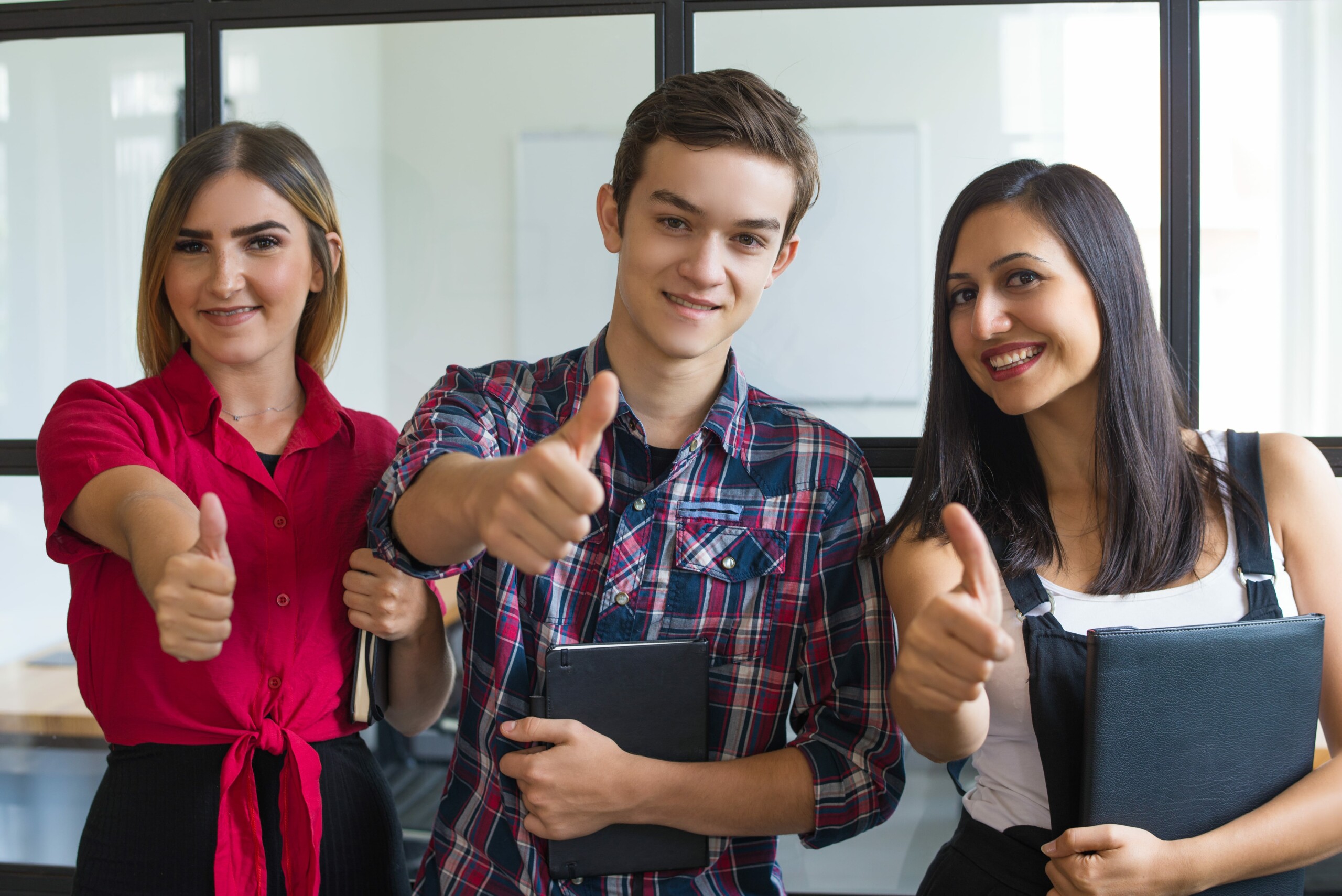 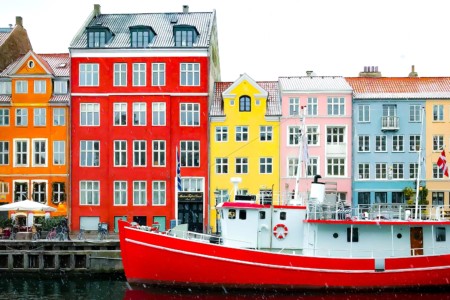 Copenhagen, is a hidden treasure. While London, Paris, Rome, and Barcelona are all popular study abroad cities, Copenhagen is often… 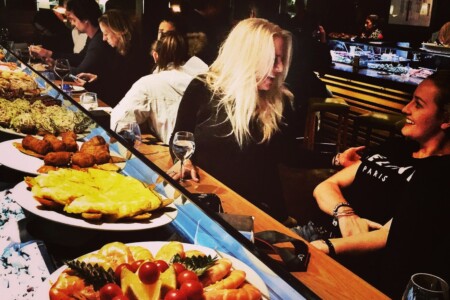 More and more international students are flocking to Barcelona for their studies every year. With… 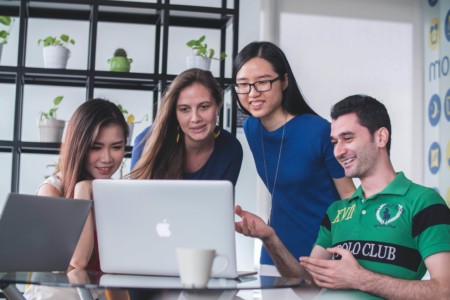 There are several advantages of studying in Spain if you are from Latin-America. Apart from the obvious language advantage there…

3 days ago by John

Copenhagen, is a hidden treasure. While... Read More

1 week ago by John

3 weeks ago by John

There are several advantages of studying... Read More

Are you considering studying or doing an internshi

You need to login or sign up to add your accommodation

Please enter your username or email address. You will receive a link to create a new password via email.

By continuing to use the site, you agree to the use of cookies. more information